I was at the gym this morning and as usual it was fairly full of people, male and female old and young and everything in between.   The younger males dressed in tight vest tops with bulging muscles go at the machinery like things possessed grunting and groaning with sweat pouring off their shiny foreheads and drawing as much attention to themselves as possible.

The older males dressed in joggers and t-shirts potter about quietly going about their business and occasionally casting an eye  on the younger females who are wearing crops tops exposing washboards stomachs and lean thighs.  Then there is me, the older female.  Dressed in t-shirt and leggings and trying hard not to attract attention to herself and certainly not emitting a single sound in case anyone misconstrues my uttering as a sign of arthritis.!!

My eye is drawn to a young guy that I have seen there many times.  He is working hard but not making any noise to draw attention to himself.  But he doesn’t need to he is drop-dead gorgeous.  Just under six-foot tall, handsome chiselled face, mop of black hair,massive shoulders and an obvious six-pack hiding under his white tight work-out vest. Sighing inwardly  as I push the weights up and down with my feet, I feel a rush of desire.  Sexually my hormones are on the move.  admittedly I have been going through a lean period.  Mainly self-inflicted I suppose, I haven’t been putting myself ‘out there’ and I’m guessing the reason is living in Ireland.

But as that situation for the moment has to take a back seat my body is reminding  me in no uncertain terms that I have been missing something.  I understand what’s happening to me on a deep-rooted biological level, and having done some research I know that my reaction is different to the way men react to sexual stimulation.  Men’s sex drive is a very base instinct and linked with their need to procreate which dates way back and is the reason why the human race has survived so long.

I know girls that you don’t  all like the idea but when a man is turned on by your appearance his main objective is to fuck you senseless ! He is driven by an uncontrollable urge to sow he seed in as many attractive, child-bearing women as he can.  He can’t help it and is sometimes overwhelmed  totally by the need to come.  This explains why men spend so much time self-helping.  It’s so they are able in some way to control this need to such an extent that they can at least act like civilised people and play the dating game when required.  But don’t be fooled they are at the mercy of their hormones. I feel quite sorry for men their sexual arousal taking such a visual form, they can’t get away from it as it rises uncontrolled filling up their underpants.  Woman just get dilation of the pupils and a flushing of the skin which at least can be disguised.

But at least these days the female of the species is allowed  to feel the need too but according to an article I have just read and I quote men are on five-day cycles (They need sex every 5 days) and women are on a ten-day cycle (needing sex every ten days) This of course varies and younger more virile male will be ready for sex everyday and more.

Women are driven by their menstrual cycle and the need to get pregnant. But in my case none of that is true but I still find my desire for sexual satisfaction rises to the surface on a regular basis and often the more sex I have the more I want.  Long periods going without seem to lull me into a state of indifference but the moment its risen to the surface its like a drug and my body is driving my need to get laid.

When in a long-term relationship married or otherwise and women being in charge of the sexual allowance (men always wanting it and the women saying yay or nay..Fact!) we can have sex as and when we want with the odd exception. This is probably one of the few drawbacks of remaining in a non committed relationship state (that and not having two incomes). When I feel the desire rising I have to orchestrate its release.  I often think that my sex drive rivals that of a mans’ and I can only attribute that to a natural liking for it and the wonders of HRT.  If I had my way I would have sex everyday of the week, I mean what’s not to like.  The physical comfort of another human being in close proximity, the intimacy, the closeness, the release of all those pleasure-giving hormones.

I actually prefer sex to food shame it doesn’t reflect on my waistline. I’m obviously not getting enough.!!  In the meantime I’m off to Macdonald’s. 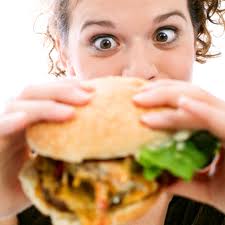 Throwback Friday Me and My Team @responsejobs at a

When you're sitting in the waiting room at the hos

The classic let's take a selfie! And then video by

Friyay! A much needed drink with the girls after t

Hear me discuss all things London and issues of th

We spent the day like a lot of families watching t

In a mellow mood this evening!Winter is coming and

Paid our respects to Her Majesty Queen Elizabeth t

Just two cousins re living their childhood by call

Nice to see around the Historic @ballingdonhall @b

A lovely afternoon being beautifully Beautified in

As my first year without her passes I still miss h

Taking a breath from a fabulous whirlwind of a wee

Reunited with the Jackster after a long break ! St

Dining and wining on the Island of Jersey! No sign