MAGICAL MOMENTS AND THE RETURN OF YOU KNOW WHO!!

Its been a mad couple of weeks and I have barely had time to draw breath or even blog. Thought Id better pull my finger out before I Iose my writing rhythm.

Saturday came and we  spent a wild raucous evening celebrating my daughters birthday. Deciding to stay in after our mad weekend at Butlins we invited lots of girl friends round for food and wine. It turned out to be a messy evening mainly due to said daughter receiving as part of her presents not one but two bottles of Sambuca. 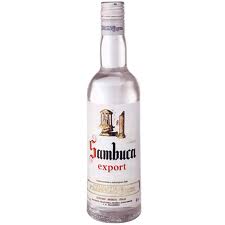 Now she loves a Sambuca and it wasn’t long before both bottles were  not only opened but had been drunk dry! Along with the cocktails I had made…good old Mojitos and my own creation in view of the miserable weather and because of its colour “Purple Rain” its no surprise that we got completely anilhated.  “The kitchen dance” was reinvented “Moves like Jaggar” was played over and over and the conversation turned to the usual subjects of men,orgasms and vibrators and not neccessarily in that order!!

At some point I started feeling rather unwell because as usual when im entertaining I forget to eat.  I ended up speaking to the toilet bowl at close quarters. The evening went on until about 3pm but I had flaked out before that.  I came down in the morning to find the whole house wrecked. It looked like we had a fifty plus crowd tearing up the place I just didn’t know where to start. The girls turned up to lend a hand and I had to pull myself together because I had an audition to go to.

I had been asked if I fancied appearing in a local Musical that had been written by an Enfield guy, Wayne Gumble. As Im always up for something new I thought I would go and see what it was all about so after standing under the shower for

ten minutes to rinse away the hangover off I went. I met the rest of the cast and was required to do some backing vocals.  Now singing is not my strong suite but I can hold a tune ..just!. Hangover not withstanding it was fun and I liked the music and the people. I agreed to be part of the choir but sadly after checking my diary and then getting ask to appear in a channel four documentary I just couldn’t give it the time required. But I’m sure “Stand and Deliver ” will be a roaring success. http://www.facebook.com/NoFearOfThalia

The channel four documentary is a positive and intelligent piece about being an older woman in 2012 and of course my angle is the benefits of the “Toyboy”. Having done an interview on camera already more filming will be required and a TB was needed as a date for me and to give his opinion on the “Cougar”.  I laughed, I knew this was going to be a no-brainer.  The common or garden TB does not go public on national television about his fascination for the older woman. There may be one or two brave..couldn’t give a toss types out there but I didn’t know any.  I respect their privacy if that’s how they like to play it and I am used to their covert behaviour. I would never ever expose anyone for the hell of it, Im far too protective of my boys!  So even after putting out an all points bulletin and asking everyone I could think of I had drawn a blank.  So the search goes on.

Next on the list  was my Niece’s Hen night in Notting Hill at a venue called “The Supper Club” A most unusual place where you conduct the whole evening on beds. It has been created in the back of beyond in a converted warehouse.  It was certainly an experience and with a lady-boy (or as Kate called him a “Ladybird” lol!) as a hostess and some eroticesque dancing it was very alternative and expensive of course. We are now all looking forward to the “wedding proper” in the South of France and frankly with the abysmal weather we are having I cant bloody wait!!

The biggest surprise of the last few weeks was receiving an email at work from one of my favorite TBS (from my previous blog Gutted! part-one and two) My young Irishman had sought me out.  I was very surprised having lost touch some months before. I had text him a couple of times and noticed that they remained undelivered so had surmised that he had probably lost his phone and consequently my number. But as I hadn’t seen him for 18 months or more with only the odd text and phone call keeping us thinly linked I presumed that he had moved on and that was that.

I was disquieted at not being able to reach him and it had been some comfort to have his number stored but I had reasoned that he was probably busy and although I had formed an attachment of sorts to him I understood that it was not reciprocated! So relieving our passionate months in my head on a regular basis was all I could do.  (best sex of my life remember?)

I was sitting on a bench at the train station on my way to Luton for a meeting when my phone binged. Chloe in my office was efficiently checking my emails in my absence and had seen his name plop into my in box.  She excitedly forwarded it on knowing the full story.  It was a nice email..quite tentative and explaining about the his lost phone and that he expected that a lot of “perplexed people” were wondering where he had gone to and was he it sad of him to be hoping one of them was me!? Bloody Hell !. He offered up his new number and wanted us to meet up again in the near future.  To say I was salivating at the thought would be an understatement. Delicious sex was back on the menu.  I text him and communication was resumed. The interesting thing about our previous liaisons was that I always wanted to talk and listen to him as much as I want to shag him senseless and therein lies the rub!! When brain and body are engaged then the magic is made!

So anticipating some magical moments to come and needing to brush up on my skills off I went to see “the Making of Harry Potter” at Warner Brothers Studios Elstree. Chloe had managed to get us tickets sometime last year and we were really excited. It was the most amazing place. To actually see the detail and painstaking effort that went into the making of the films was truly magical.  We oohed and ahh’d over everything. The “”Great Hall” was great!! ” Diagon Alley” was a fairy tale  “Butter Beer” was buttery and having flown on a broomstick and driven the enchanted car we eventually found ourselves at the last remaining attraction “Hogwarts”.

The model of Hogwarts is without doubt this attractions piste de resistance. With rousing and moving music playing in the huge hall in which it was displayed we stood in awe as the lighting changed from night to day over a period of about five minutes.  This huge dolls house that was in so many scenes across the films was an amazing sight.  Everything about it was perfectly formed down to the lights and window panes to the  drawbridges and turrets. I confess I was moved and it was such a credit to the people who constructed it bringing J. K.Rowlings vision to life in spectacular fashion.  A middle-age man standing next to me shook his head and said “Isnt it amazing I’ve never seen anything like it” I nodded vacantly thinking that somehow this franchise had appealed to the child in all of is and succeeded.

Feeling like just such a child on Christmas Eve I returned home full of it and bored everyone to death. My excitement took a turn of another kind when I
heard that all to familar Irish lilt on the end of the phone he wanted to come and

see me tomorrow :). Now all I needed to do was find giant son a bed for the night.  I wonder if there is any room at “Hogwarts”  ? to be continued……

This error message is only visible to WordPress admins